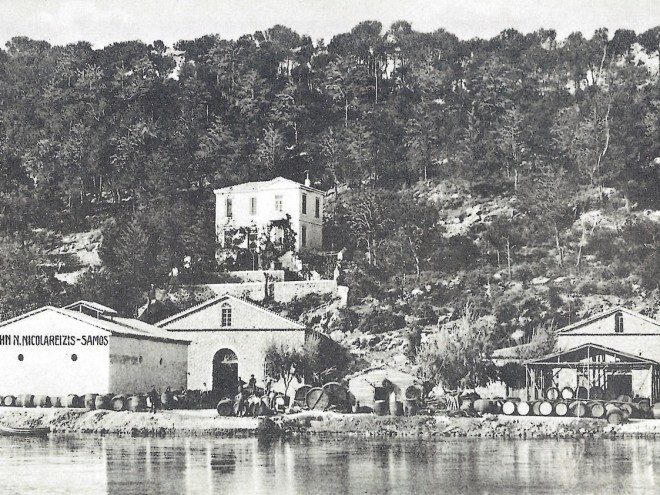 Photo of the Wine Factory

Wine production and trade flourished in Samos during the late 19th century and the beginning of the 20th century.

In 1906, Vathi was a town with many wine-trading companies, which used to trade wine abroad as raw material. Well-known factory owners were M. Hadzigeorgiou, P. Sophoulis, Tz. Nikolareizis, Franzi Brothers, Ant. Kafetzidakis, C. Manousos, E. Fletoridis, Missir etc., many of them had their wineries (taverns) in Malegari.

In 1934, the factory of the Union of Vinicultural Cooperatives of Samos (UVCS) was constructed in Malagari, and took over the production, the processing, and the marketing of Samian wines.