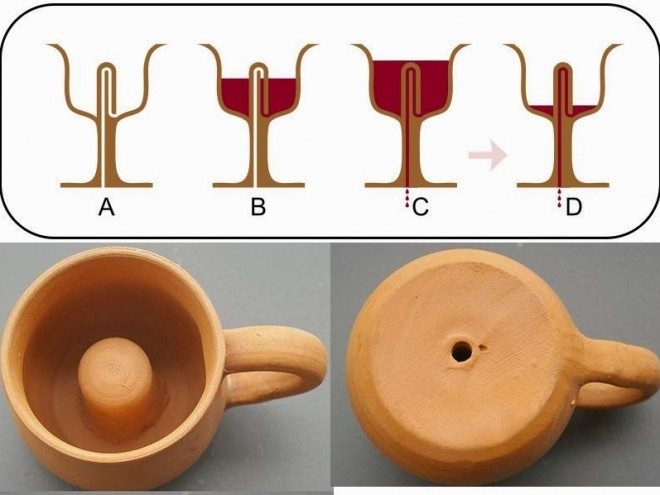 The Pythagorean cup is a vessel that spills all the drink poured into it once a person gets greedy. And what does that mean? Say you were supposed to pour a liter of water into a cup and no more than that.

If you were using the Pythagorean cup, what happens is very interesting. Nothing special happens when you pour just the amount of water required into the cup but if you decide to add just a little bit more, the whole drink spills from the cup and you will be left with nothing.

The Pythagorean cup looks like an ordinary cup, but it has one very fundamental distinction. There is a column in the middle of the cup which serves the purpose of spilling the drink when a person is too greedy.

The cup works by utilizing Pascal’s principle of communicating vessels. The principle basically states that when we have a set of connected containers with a certain liquid inside them, the level of the liquid in all the containers will always be the same. Now let us have a look at the Pythagorean cup and see how this all makes sense.

A Video with the Pythagorean Cup

Previous Samos, Greece by Lou
Next 10 Reasons to Visit Samos