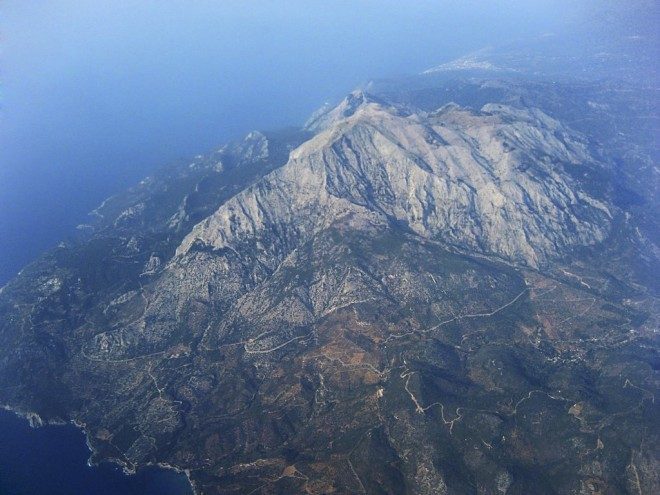 Kerkis is the so-called “majestic” mountain of Samos. With steep slopes, caves and forests, it became, as early as the 9th century, an important center of monastic life.

Many ascetics followed him and renovated, following his exhortation, three monasteries, previously destroyed by the Agarenes (Arab raiders), while the Saint himself, quite often, used to live in the cave of Saint John the Theologian.

Nowadays, according to the local tradition, Pythagoras Cave and the cave of Panagia Saradaskaliotissa, located in the southeast side of Mountain Kerkis, is one and the same cave. Similarly, the cave of Saint John the Theologian and the well-known “Kandili”, located above Drakaioi, to the north steep side of the mountain, are also one and the same cave (according to legend on “Kandili” peak, sailors can see an unexplained light).

Out of the three abovementioned Monasteries (Saint George Drakaion, Panagia Makrini and Agios Charalambos Kallitheas), the last one is decorated with frescoes made during the 18th century, while the other two Monasteries are decorated with very interesting frescoes, dating back to the late 13th century.