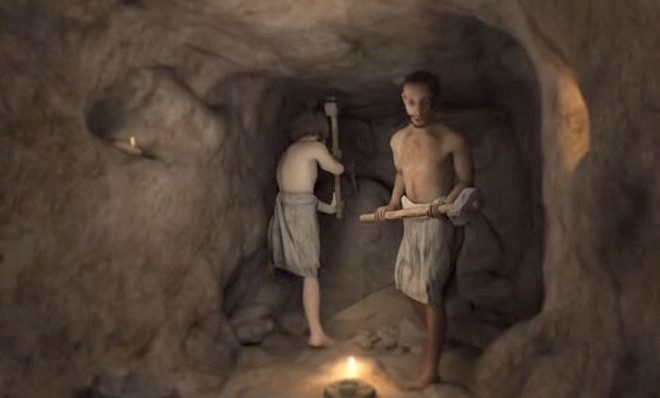 There was an architect, who managed, in the 6th century BC, to construct a tunnel some 1.036 meters long, beginning from two opposite sides, which met with no deviation at all! It is the Tunnel of Efpalinos. See an amazing representation video…

The contribution of Ancient Greeks to science is shown by the numerous technical achievements that impress with the excellence of design and construction, although Ancient Greeks didn’t have the technical means of today. In June 2015, the International Tunneling & Underground Space Association (ITA-AITES) declared Eupalinos Aqueduct of Samos an “International Tunneling Landmark”.

Yet, it was constructed some 2500 years ago…

In the 6th century BC the architect Efpalinos from Megara (Attica) constructed a technical wonder, considering that similar projects present with technical difficulties even today, with means such as GPS, which make engineering studies a daily routine.

Polycrates, the Tyrant of Samos, invited Eupalinos and tasked him to ensure the water supply of the island with the construction of an underground aqueduct. Polycrates wanted the aqueduct to be underground, thus not visible from any intruder or invader, in order to guarantee the uninterrupted water supply of the city in case of an emergency, such as a siege…

This meant that Efpalinos had to construct (dig) a tunnel beneath a hill some 250 meters high! Eupalinos thought that he should construct two tunnels, one at each side of the hill. However, it was difficult for him to guarantee that the two tunnels will meet. The precondition for success was an accurate mathematical calculation.

The pioneering architect not only demonstrated his exceptional knowledge in geometry, but also his ability to devise technical solutions when unknown and unpredictable factors, such as the instability of the soil, prevented the progress of the project. So, every 18 meters he marked the progress with the “12” symbol (one dozen) of the Greek alphabet.

The tunnel (or the pipeline) has an overall length of 1.036 meters. Before starting digging, Efpalinos instructed that the tunnel should be incised on the surface in order to monitor the progress of the project more efficiently.

The entrance of the tunnel is 1,80 meters height and 1,80 meters wide. Besides the corridor a trench, some 0,70 meters deep, was constructed. Inside the trench ceramic tubes were places meticulously and inside the ceramic tube the water use to flow.

In other words, he constructed a smaller tunnel inside the larger one because when the project was completed, he realized that the spring of Agiades was located in a deeper level than the tunnel. So, he decided to apply a slight slope in order to ensure the smooth flow of water through the tunnel and into Pythagorio. Moreover, he made maintenance and repair easier.

The spring of Agiades included a stone cistern which supplied the town with 400 cubic meters of fresh water daily. In 1853, following the footsteps of Herodotus, the French archaeologist Victor Guerin discovered the first 400 meters of the aqueduct.

For 10 years, two crews of masons opened the tunnel using sledgehammers, chisels, and wedges. During this time Efpalinos Aqueduct had to face the same and many difficulties encountered during its initial construction.

The most important one was the instability of the soil and the rocks encountered in some parts of the tunnel, during the excavation process. However, Eupalinos anticipated that he might face such problem, so he decided to apply a degree of slope in one of the two tunnels, but in such a way that it would be mathematically certain that the tunnels will eventually meet. 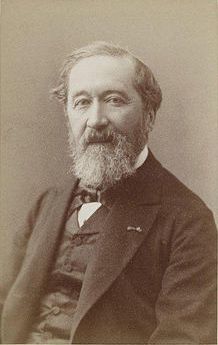 Efpalinos Aqueduct was used for some 1.100 years, up until the 7th century AD, when the Samians use to found shelter there, during the early Byzantine period. The principle of observance of the proportions, that Eupalinos introduced was followed during Renaissance and is still used today in the construction of tunnels. Inside the tunnel Eupalinos wrote the word “model”. The architect proved entirely accurate in his calculations. Watch the video which describes the construction of Eupalinos Tunnel. The video is edited by Professor Emeritus of the NTUA (National Technological University of Athens), Theodosis Tassios.

Previous The Speleological Association of Samos Visit the Ancient Mine
Next Pythagorio the island of Pythagoras! (Video) 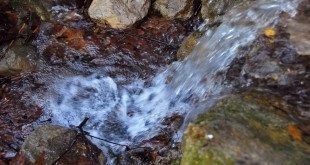 The Waterfall of Ampelos Village: A Video made by iSamos

iSamos uploaded a video about the waterfall of Ampelos. Watch the green path, listen to …