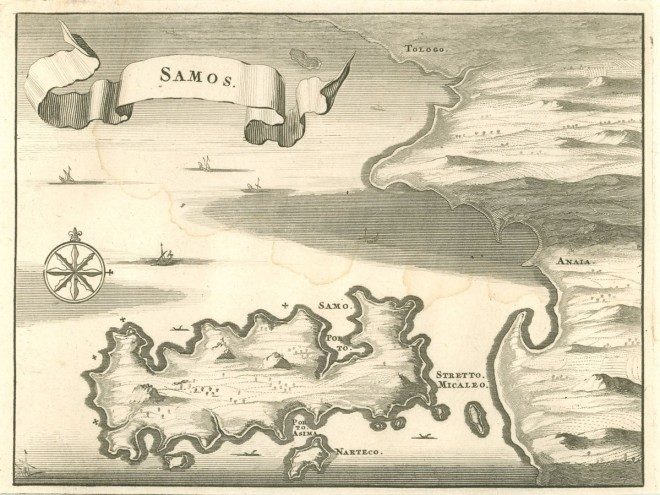 The Castle of Lazaros

Monuments Comments Off on The Castle of Lazaros 754 Views

The castle is located in one of the highest peaks of Mountain Karvouni (at an altitude of 1.037 meters). The year of its construction remains unknown, but it must have been built before the desolation of Samos, which occurred during the first half of the 16th century.

The Arab raids and terror of the mid-7th century forced most of the locals to inhabitants of leave the defenseless coastline and settle or seek refuge to inaccessible mountainous areas.

Hence, the fortifications on top of Lazarus peak must have been built sometime during the mid-7th century (Lazarus is a peak of Mount Abelos, overlooking the north and south coastlines and seas, as well as the major plains of the island).

The castle (Dimensions: 380 x 120 meters) is built on a flat plateau on top of the peak. Only parts of the walls and of the main gate are preserved, along with parts of the foundation of the houses and of a small church dedicated to Saint Lazarus (hence the name of the peak).

At that time, these kinds of castles were used in times of pirate or enemy raids or for observation of the ships and boats crossing Samos Strait. 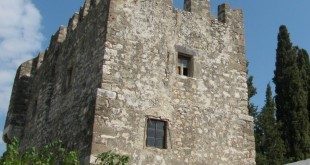 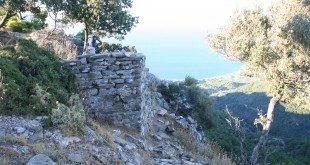