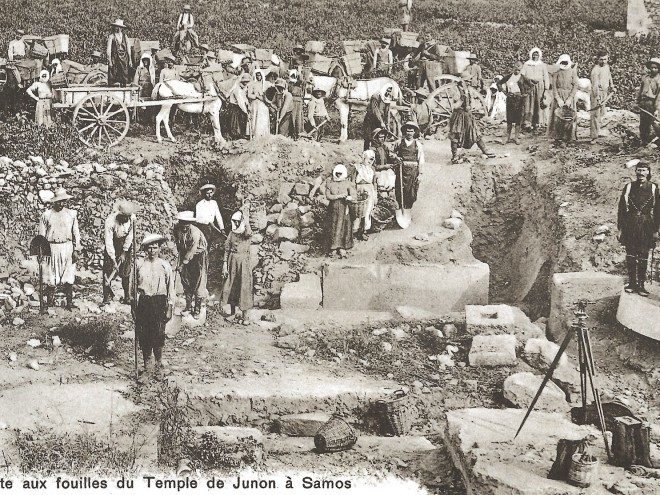 For the excavation works were employed some 50 workers. The temple of Hera foundations were cleaned, a detection of its architectural details was recorded, while some archaeological ditches were made.

Excavations resumed in October 1910 by the German archaeologist Th. Wiegand on behalf of the Berlin museums with significant results and significant findings (many of whom shipped in Germany).

The period of the unrestricted actions of Wiegand in Samos’s archaeological sites terminated when Sophoulis returns to power in September 1912, after the victorious revolution.

Previous Pythagoras Square: An old … Very Old Age
Next The Wine Factory (Tavern) of John Nikolareizis in Malagari (Picture of 1906)