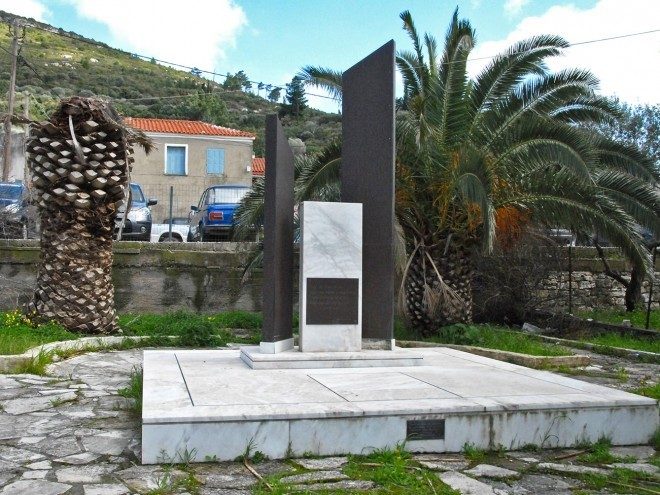 Recently we visited the beautiful village of Mavratzei, which is a picturesque mountain village, some 19 km southwest of Samos City. You can reach the village following the regional road Samos-Pythagorion-Karlovassi.

The village is located in a very beautiful area, rich in vegetation, mainly pine and olive trees, and full of caves and other natural beauties. Its older name was Gaitankioi or Gaitanides, named after a resident of the area called Gaitanos. This name survived through the late 18th century when it was changed to Mavratzei, again after the name of a newer resident called Mavratzis.

In the past years there were many active industries manufacturing pots and other clay staff, which covered completely, combined with the production of Karlovassi, the needs of the island. However, today clay staffs are made for the tourist market only. The village has some 400 permanent residents, active in tourism, agriculture (mainly olive growing) and manufacturing (pottery).

Here you can see a video of the village that we found on YouTube:

We took several walks in the narrow streets and talked with many locals. We learned that recently a desire was born to find the cave were the “Kapllani” (from the word Kaplan i.e. the Turkish word for Tiger) was trapped. Taking the opportunity we remind you its story.

It is said that Kaplani was forces, sometime between 1870-1880, either by flood of the river Maeander (or Büyük Menderes in Turkish) or by fire, to swim across the Straits of Samos, from the opposite Asia Minor coast to the island of Samos. The animal settled on the hills around Mavratzaious and ended up hunting and feeding by the domesticated animals of the surrounding areas.

The farmers and the shepherds persecuted Kaplani and forced it to flee and hide in a cave (called “Kaplanotrypa” ever-since). The pursuers didn’t dare to get inside the cave and so they built a wall-door using large stones. They left the animal closed in the cave for approximately three months hoping to die of hunger and thirst. But the animal managed to maintain itself in a good shape by eating old but well preserved left-overs and by drinking zips of water gathered in a cave pit.

After some time, curious to see if the animal had died but not brave enough to open the entrance, they opened a skylight on top of the cave, hanged a rope tied to a pine tree and a man called Gerasimos Gliarmis descended. Within the closed cave the animal attacked and Gliarmis called for help. Soon his brother, Nicholas Gliarmis, reached the place and killed the animal. But Gerasimos Gliarmis had meanwhile been wounded in the chest by the claws of the beast, and died some days later. The animal was embalmed, bought by Nikolaritzi family, and ended up decorating the sitting room of their house, in the glass case which still remains.

If you want to eat something or to drink a coffee you can enjoy your time in the traditional taverns and the old cafes of the village.

Previous Advertise your Business in iSamos.gr
Next Samos of History and Today. A Sensitive Film for the Island of Pythagoras