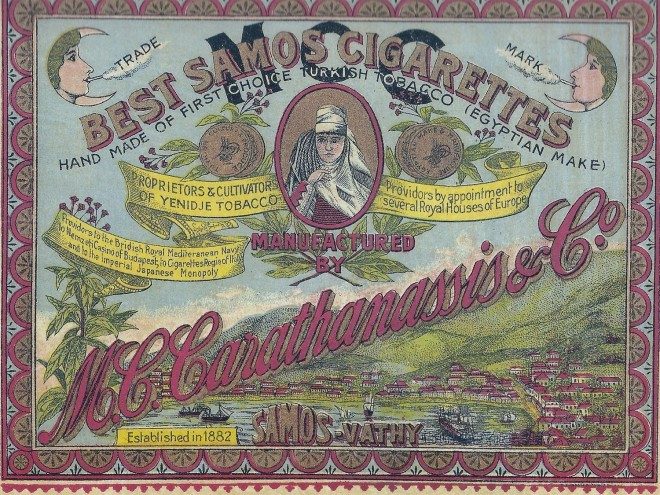 The tobacco factories in Samos during the early 19th century

History, News Comments Off on The tobacco factories in Samos during the early 19th century 1,428 Views

During the late 19th and the early 20th century tobacco cultivation spread rapidly in the island of Samos.

In 1882, Manolis Karathanassis from Meseo Karlovasi, in collaboration with the brothers J. Kafetzidaki, founded M. C. Carathanassis & Co in Vathi Port. Under the distinctive label MCC, the company mainly engaged in cigarette-making from oriental tobaccos. The tobacco factory was located near the Cathedral of St. Nicholas. In 1887 Karathanassis continues to run his business with his brother Stamatis and under the same label. Samian cigarettes of MCC ware exported to almost all European markets, in China, in Japan, in the British colonies and the Americas (where several branch-stores ware established).

The cigarette factory of Alexandros Paschalis in Vathi Port (1901), as it is shown in the right hand side of the photograph. 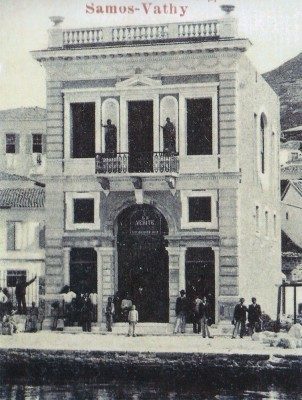 Alexander Paschalis operated a tobacco store since 1872 in Pythagoras Square and in 1875 he manufactured the first hand-made cigarettes. In 1900 he constructed his first factory next to the Catholic Church, and employs some 50 workers. The factory manufactured and produced cigarettes under the brand name “La Verite” (“The Truth”), which are exported all over the world. At the same time, through his rich social and philanthropic activity, Paschalis emerged as a great benefactor of Samos.

An advertising postcard showing the tobacco factory of Demetrius Paneris (1907). D. Paneris, son of the merchant S. Paneris, following his father’s death in 1905, took over the management of the family business. In 1907 he founded a hand-made cigarettes factory in Neo Karlovassi. (Left photograph). 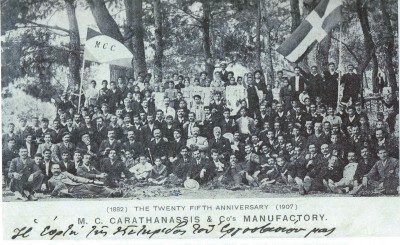 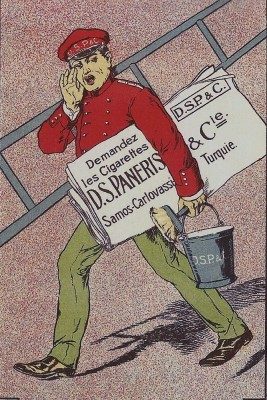