Breaking News
Home / History / The history of the Samian Wine-Making 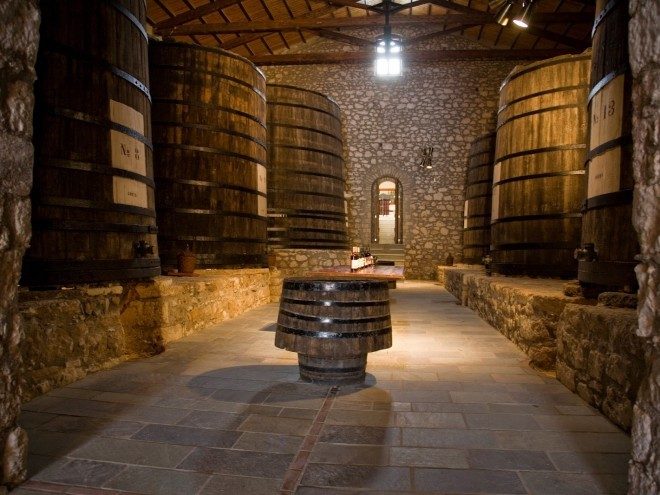 The history of the Samian Wine-Making

One of the main sources of income for Samos comes from the cultivation of vines and the marketing of its products. Viticulture was, since antiquity, a very good and profitable economic activity although in ancient times the Samian wine was not as famous as it is today.

According to mythology, the Samians learned the secrets of viticulture by the god Dionysus himself, who was worshiped in the island, while the first settler, the legendary king Ancaeus, was a keen winegrower and winemaker. Besides one of the two main mountain ranges of Samos, and a smaller one, were called “Vine”. Vines began to cultivate in Samos around 1350-1330 BC.

Following the colonization of the island, during the second half of the 16th century, the cultivation of Muscat vines was developed. Muscat vines are favored by the soil and the climate of Samos and produce white and yellowish grapes with thin skip, with many flavors and a high degree of sweetness. Of these grapes is produced the Muscat wine or “flower-smell” wine, as it has been characterized, because its aroma reminiscent the flower perfumes of the island.

Samian wine attracted the interest of many travelers who visited the island. The French botanist J. Pitton de Tournefort in 1702, although he was expressed negatively for the wine-making methods applied in Samos, he said that he drank a “very good wine that had been processed with great care in order to sell it to our dealers in Smyrna”.

In the early 18th century Samian wine trade was limited to the nearby markets of Chios, Smyrna, Rhodes, and Constantinople, but from the mid-18th century onwards and especially after the Russo-Turkish Wars, Samian wine reached the Russian market, in Odessa and in Taganrog. Samians traded wine and raki, but following the imposition of custom duties on wine exports from the Ottoman administration they turned to the production and trading of raisins.

In the 19th century, despite the decrease in production during the 1821 War of Independence, new conditions formed regarding the development of viticulture, as well as the trade and the consumption of wine, due to the industrialization and urbanization development and process. Apart from the four corners of the Ottoman Empire, trade expanded towards Egypt, Italy, the Netherlands, France, and elsewhere.

The wine-making techniques were improved, foreign trade companies settled in Samos, in 1865 the French wine-maker Faye was called in Samos in order to teach Samians the art of wine-making and viticulture, while with the expense covered by the Government of Samos (the semi-autonomous Principality of Samos, 1834-1912) a young Samian, Mr. Mandafounis, was send to France, in order to study and then return to the island in order to teach old and new farmers more efficient methods of viticulture.

During the 19th century the vineyards of Samos suffered significant losses due to diseases: Blight during the 1850’s, which was dealt with the use of sulfur, and then phylloxera during the 1880’s. The last disease destroyed much of the vineyards and led to the alternative cultivation of tobacco. At the same time however, damaged vineyards were replanted with importing American vines, which were more resistant to phylloxera disease.

Since 1865 an unsuccessful attempt was made in order to establish a Wine-making Company. The aim was to promote wine trading practices amongst the producers. However it was failed as they did many other attempts of cooperation’s between the producers. Failures lasted until 1934, when the Union of Vinicultural Cooperatives of Samos was founded (UVCS). UVCS was created on a compulsory basis: Every community formed a cooperative and every producer of a community was a member of the cooperative.

Since the 19th century, Samos participates in international exhibitions in Europe and the Americas, winning awards for the quality of its wines.

Today high quality and wide variety of wines are produced in the two factories of the UVCS.

The Union of Vinicultural Cooperatives of Samos

The Union of Vinicultural Cooperatives of Samos was founded in 1934 with the participation of 25 local cooperatives representing all of the wine growers on the island. 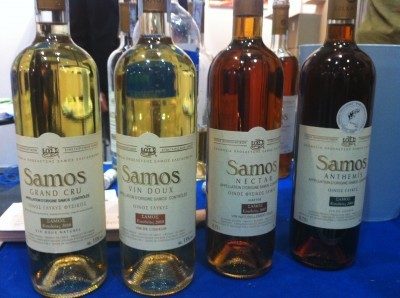 Since its foundation, UVCS has been harvesting grapes and producing wine in two wineries located in the areas of Malagari and Karlovassi, respectively. From the wineries, the union distributes its bulk or bottled wine to the rest of Greece and throughout the world.

Exports constitute a significant part of UVCS business activities and cover 80% of the approximately 7.000 tons of wine the Union produces annually. France alone imports 60% of the wine produced on the island of Samos, while other countries that also import large quantities of Samos wines are England, Australia, Austria, Belgium, France, Germany, Denmark, Switzerland, the USA, Italy, Canada, the Netherlands, Singapore, Sweden, Finland, the Scandinavian countries in general and, quite recently, Far East countries.

Members of the UVCS are all the existing Local (Village) Cooperatives of the Samos Prefecture that were founded or will be founded according to the provisions of M.L. 6085/1934 (membership is compulsory). There are some 2.847 individual grape growers who belong to the various village cooperatives. About 40 of them practice certified organic viticulture.

Each Vinicultural Cooperative is represented within the Union by one to five elected representatives. Today the UVCS employs 80 people.

In the UVCS facilities in Malegari the Samos Wine Museum is open since 2005. It is one of the best wine museums in Greece.