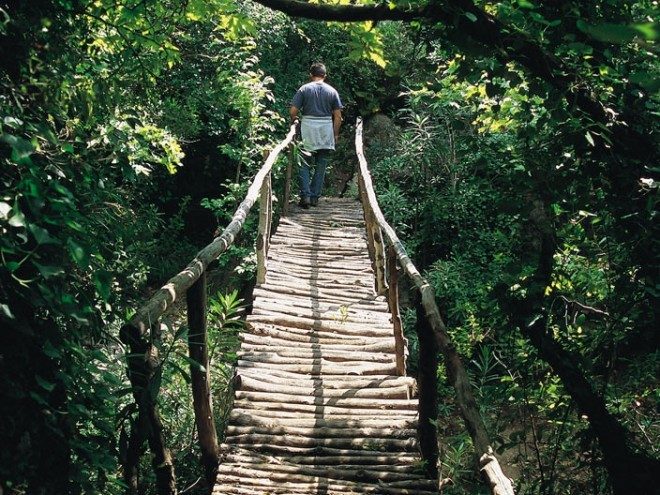 Do you dream about sky-blue beaches, flirting with the sun, drinking and dancing till the morning in sea-side bars , romantic sunsets, walks in golden beaches and traditional taverns by the sea ? All that and even more, you can and will find where else but in Greek islands such as Samos, Ikaria and Fournoi. So, organize yourselves and make your choices, depending your demands and moods.

Birthplace of so many philosophers and mathematicians in the ancient years such as Epicurus, Aristarchus, Pythagoras etc., Samos charms her visitor with the rich greenery, the landscape variety and the important archaeological places. This is about an island of the eastern Aegean Sea, only a few metersfarfrom the coasts of Turkey (Mikra Asia), famous for its wines, especially the one of the kind white Muscat Wine which is well known all over the world. The capital of the island, Samos is united with Vathy, which is located and builtedamphitheatrically on the surrounded green hills.

The city has two very significant museums, the Archaeological museum with treasures a grand collection of archaic sculptures, in between the famous 5m statue of Kouros (male) and the Byzantine-Ecclesiastical museum, full with relics from the monasteries of the island. Karlovassi, which is the second largest municipality, includes five smaller areas called Ormo, New Port, Middle Port, Old Port and Port and it is filled with old buildings of classical architecture. On the top of the hill, lays the Church of Holy Triad.

In the town of Mytilinoi, you should definitely visit the Samos Natural History Museum, which includes valuable findings from animals of prehistorical era. Also, Pythagorio, which is builted on top of the ancient city of Samos, in a beautiful area, and it is the main tourist resort on the island. Finally, it is worth visiting the cave of Pythagoras, near chapel of Panagia Sarantaskaliotissa, in Marathokampos.This is the cave where Pythagoras found shelter in when Polykrates was persecuting him.

The charm of contrasts

Ikaria belongs in the complex of the islands in Eastern Aegean Sea, located in the middle, having Samos on the East, Mykonos on West, the island of Chios on North and the holy island of Patmos on the South. The island first named Dolichi, later according to Greek mythology derived its name from Icarus, the first man ever who flied, who fell into the sea nearby.

The climate in Ikaria or Nikaria, as the locals say it, is wonderful while the topography is an amazing landscape contrasts. The southern side of the island is nothing but naked and sharp cliffs, the inside is peaceful make you dreaming and relaxing and up to the north are located beautiful beaches.

Until few years ago, Ikaria was only known for its underground springs heated by radiation, which are nowadays world-wide recognized for their healthy medicinal properties. Today, more and more people discover the natural beauty, the endless beaches, the evaluated archaeological findings and the monasteries. This is where it is made the famous black strong brusqo wine, the Pramneios Wine, praised by Homer.

Port and capital of Ikaria island is Agios Kirikos, builted on the side of the hill with two-floor houses and flower loaded terraces. Second port and city of this island is Evdilos, located on the northern Ikaria with wonderful sandy beaches and taverns full with fresh fish and tasty mezedes. The most touristic area of Ikaria is Armenistis. This is an area fully covered with a pine forest, fresh clean water and lovely beaches, while the variety of the villages, next to the sea or up to the mountain will surprise you in a good way and leave you with nothing but wonderful memories…

The power of simplicity

The islands of Fournoi are located in the Aegean Sea, south-east of Ikaria and west of Samos. These islands include mostly Fournoi, Thimaina and Agios Minas. In the ancient years, they were known as Korasioi islands. The first habitats were the Iones. The natural ports, in the medieval and byzantine years, magnetized the pirates, who made the islands their base. These islands lie between the sky and the sea, keeping their attitude and color unblemished…

About the name Fournoi, there are two versions. The first one is that the island got its name because every house had its own oven, while the second one is about the shape of the port which looks like an oven. The houses are filled with flowers and the main square is shadowed by high trees.. Two windmills are the most feature spot on the island. The locals are kind, hospitable, friendly fishermen, beaches calling for you to dip into their crystal clear waters, taverns that offers fresh sea-food and sunsets you will never forget….. ideal place for relax and peace…

Here you will find little ports and wonderful solitude beaches such as Chrisomilia, Psili Ammos, Elidaki, Petrokopio, Bali, Vitsilia, Vlichada, Saint Triad Chrisomilias and Keramidou Thimainas. Do not forget to visit by boat Thimaina, Chrisomilia, the beach on the Agios Minas island and make a boat trip around the island. In the taverns you will enjoy the most delicious spaghetti with lobster. This is their traditional local food, as well as Katimeria.

Previous The Archaeological Museum of Pythagorion
Next Gangou beach 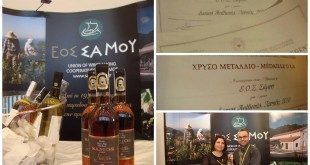 The UWC Samos participates in Oenorama 2016

The UWC Samos participated once again in the biggest wine fair in Greece, Oenorama. It …