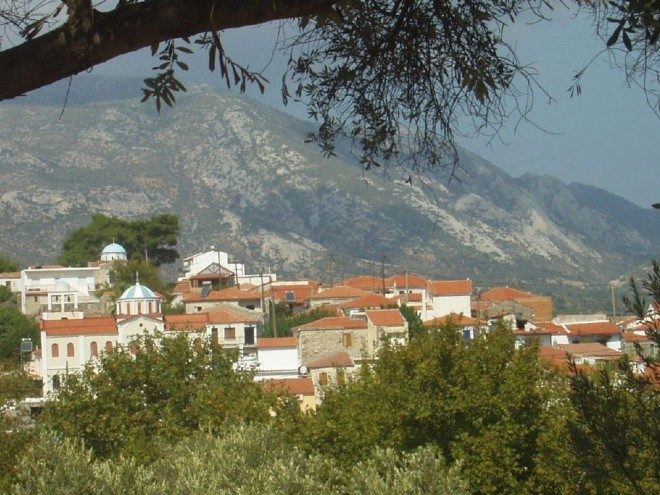 Miloi is located south of Mytilinoi and right on the banks of the river Imbrasos. It got its name due to the watermills that existed in the area and which were moved by the waters of the river.

There was and there is still a great production of oranges and lemons.

In the 17th century was densely populated, but later due to malaria, the population of the village scoured a lot. This thinning, Miliotes (people of Miloi) attributed to a despot, who in anger cursed the village.