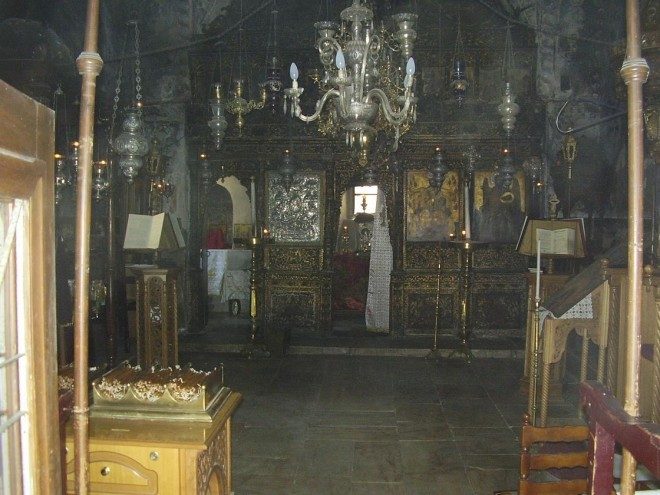 The Holy Monastery of Agia Zoni

Monasteries, News Comments Off on The Holy Monastery of Agia Zoni 615 Views

The Monastery of Agia Zoni is located in the idyllic green valley of Vlamari, in the eastern side of Samos.

The Monastery was selected, in 1695, by the monk Meletios, to erect, with the assistance of the locals, the Monastery of Agia Zoni, which has been recognized by the Ecumenical Patriarch Kallinikos II, as patriarchal and stavropegic.

The Catholic of the Monastery follows the type of the aisled vaulted basilica with dome and inner arches, while in the main gate area, at the top of the west face, is located a small, and simple in construction marble bell tower, which was built in 1751, according to an inscription found on its base.

The main gate was built in 1855. Inside the Catholic, many beautiful frescoes are preserved, all of them dating back to the 17th century (some of the frescoes have been, from time to time, carefully re-painted).

The elaborate wooden iconostasis of the Monastery was made in 1801 (according to an inscription), due to the assistance of the University Professor and Abbot Gabriel. The iconostasis incorporate three (3) despotic (local) portable icons, all made during the 19th century. One of them is the, silver decorated, icon of Agia Zoni, made in 1819.

The rest of the building follows the traditional monastic type, with a closed, inward-looking, perimeter, consisting of two-storey wings of the same high. The Monastery celebrates on August 31. Phone Number: 2273027587 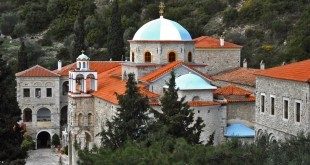