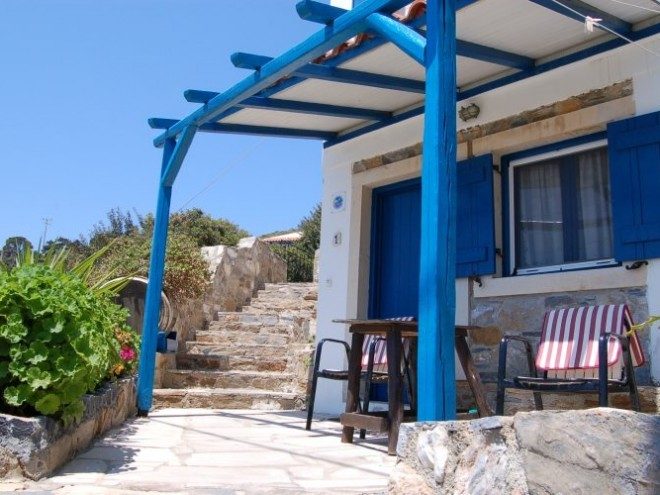 Fournoi: Perhaps the Last Paradise of the Aegean Sea?

Life-Style, News, Tributes Comments Off on Fournoi: Perhaps the Last Paradise of the Aegean Sea? 662 Views

A Tribute to Fournoi Islands Published by the “Athinorama” Magazine

(All references in taverns and rooms to let are retained unchanged)
In the center of an imaginary triangle formed by Ikaria, Samos, and Patmos, Fournoi Islands live in their own untouched world. 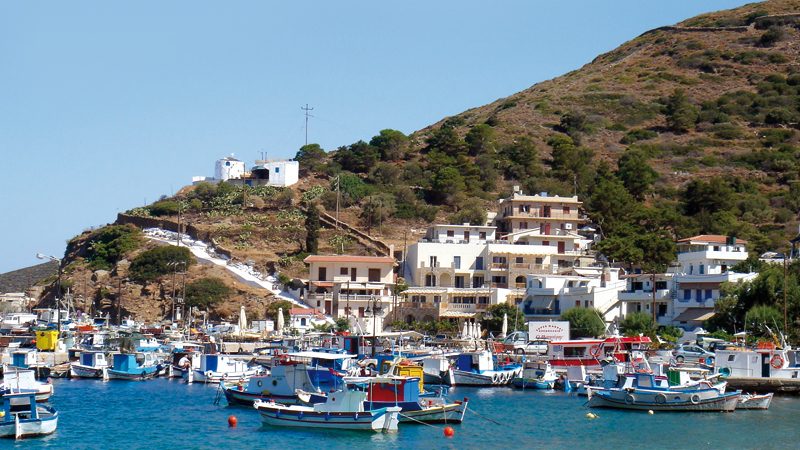 Called the “Island of Pirates”, it is actually a cluster of 20 small islands, islets, and rocks with a complex shoreline, like a sheer lace, with bays and coves, narrow passages and sea caves. The sea is incredibly clear, while the tireless winds cannot penetrate all the bays and straits between the islands, thus leaving room for quiet “nests” with calm waters for swimming.

The newly built road network leads you from Hora (capital city of the island) almost anywhere in the island. You can start from the tranquil village of Chrisomilia, located in a hillside some 15 km north of Hora. From the village you can walk down some 600 stairs (or you can drive the distance) and reach the port Kambi Chrisomilias (rooms to let are available). 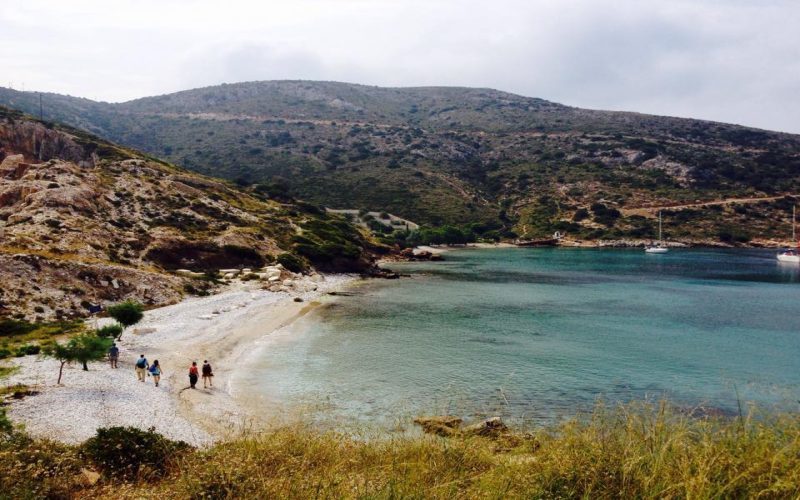 In Kambi you’ll find a long beach with small fishermen houses, many trees for shade and a nice tavern called “Vangelis” (Cell Phone Number: 0030-6978490770). The tavern is owned by Francesca Kondila, a young woman who is the good spirit or the Good Samaritan of the whole island. She can ferry you, with her father’s boat, to nearby beaches, cook tasty sea foods for you (she cooks delicious dices, especially the traditional kakkavia), escort the kids to school and helps the elderly with their everyday shopping, especially during the winter months! 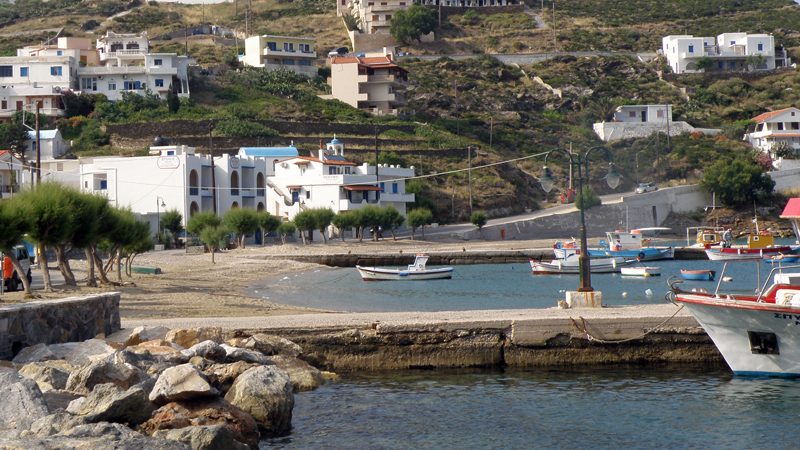 The third largest village of Fournoi is located in Thymaina Island, some ten (10) minutes by boat west of Hora. Thymaina Islands can by a worthy candidate for the title of the “last paradise”. The beach is well-organized with a beach bar, sunbeds and umbrellas, while stairs leads you up to the amphitheatrically built houses of the village. You can also find a tavern called “Kottaras” (Phone Numbers: 0030-2275032792 and 0030-6981566351), in Keramidou beach (located in the west coastline), where Niki prepares traditional dices. Few rooms to let are available in the Island. Style that reminiscent the 60s, many gravel paths, and almost zero cars compose the scene in Thymaina! 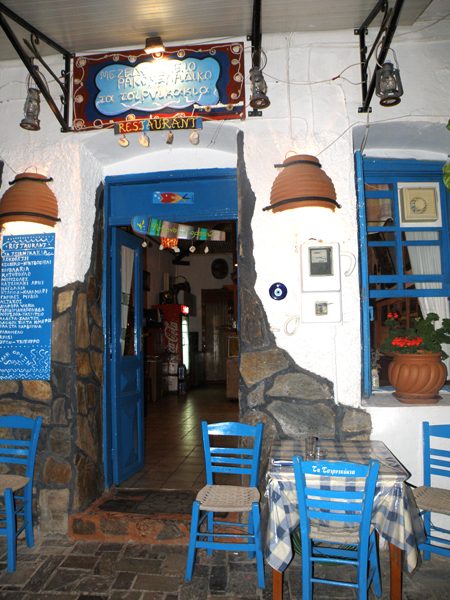 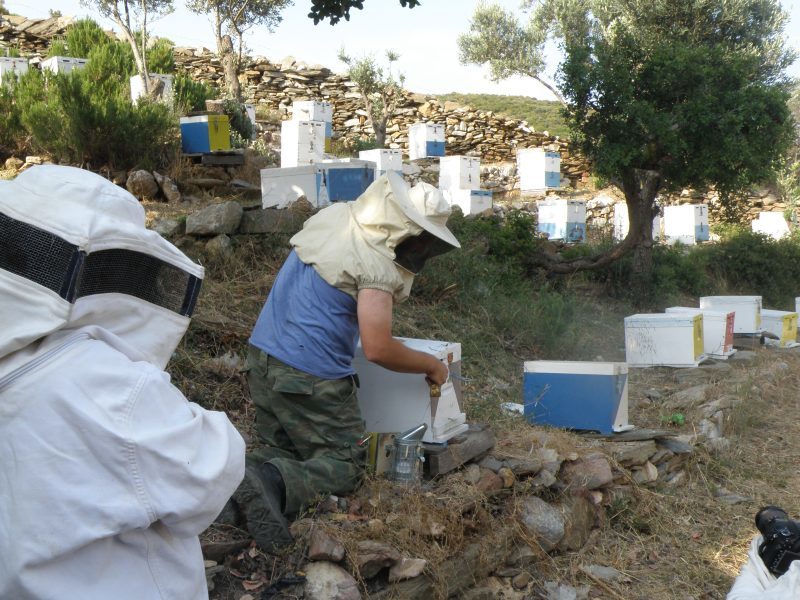 The island has some 25 beekeepers and produces very nice honey, along with other local products such as the stunning fresh cheese, the cheese matured in olive oil, and the cheese matured in brine, can be found in “Melissanthi” store (Phone Number: 0030-2275051037), located in the main road with the mulberry trees. Consider yourself very lucky if you can try “katimeria” i.e. fried pita breads garnished with local cheese. 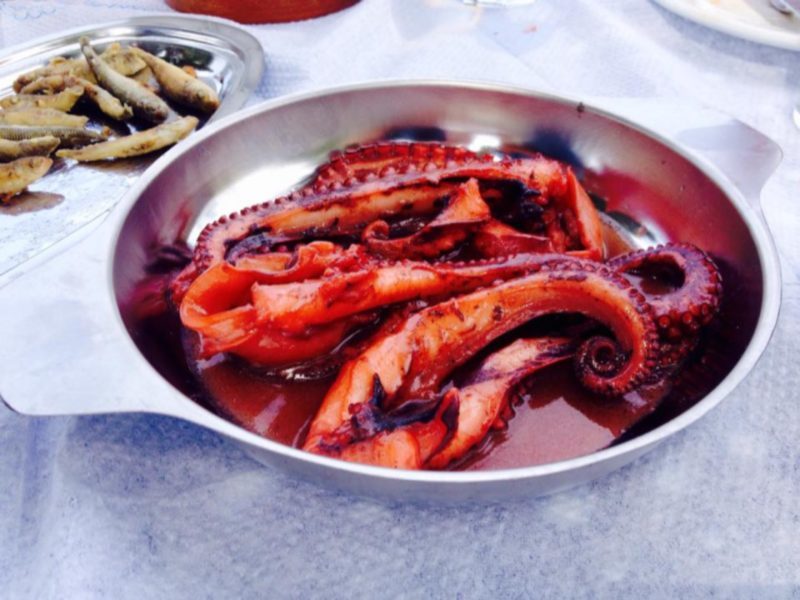 “Archipelagos” (Hora, Phone Number: 0030-2275051250). Is the newest hotel of Fournoi with simple decoration, classical lines, and magnificent view towards the sea. It offers traditional breakfast and homemade pastries.
“Patras Apartments” (Hora, Phone Number: 0030-2275051268). Are stone build apartments build amphitheatrically and connected together with small yards, greenery and flowers. All apartments overlook the sea. 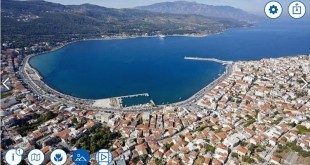