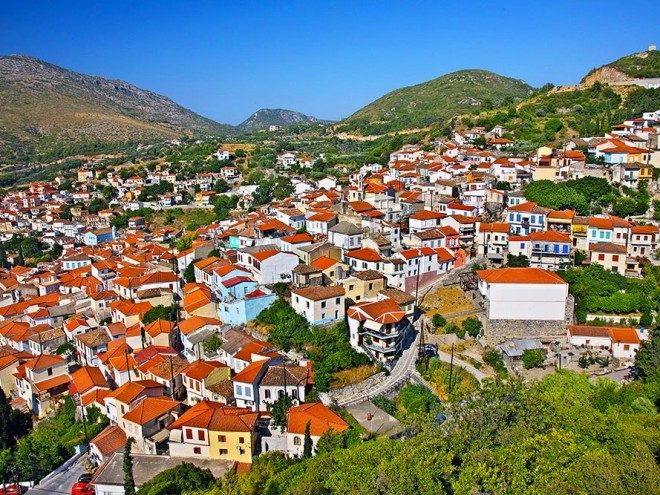 The pirate raids which continued to ravage the islands during the 17th and 18th centuries, forced the islanders to build their houses away from the coasts.

Thus the first residents of Vathi, Samos, who according to legend came from Peloponnesus, built their houses in the valley between the hills Koutsomilos and Varela, which in those times were densely grown in pine trees.

These trees constituted a dense forest which reached as far as the port, but was destroyed by fire. The cause of the fire however, was peculiar: The Turkish government had ordered the construction of a large battle ship o­n the coast which is now called Tabakika, using timber from this forest. The residents, which were forced into involuntary hard labour during the building of the ship, set fire to the forest so that no other such ship could be built and thus prevented their further suffering.

The population of Vathi increased during the early 18th century, when Ahmet Ali conquered Peloponnesus. In order to escape massacre, the residents fled to various areas of Greece, including Samos.

Therefore, in Vathi there is a neighbourhood called Moraitochori, which got its name from families whose surname was Moraites (i.e. from Peloponnesus), and from holy icons such as the Panagia Nafpiliotissa (of Nafplion) and Agios Georgios Argeitis (of Argos), all of which had originated from Peloponnesus.

According to the census of 1828, Vathi had 4,060 residents. Vathi produces good wine, raisins, almonds, citrus fruits and the well known figs called “Bouknes”, which the ancients used to call “omomilidas”.

To the northeast of Vathi is the valley of Vlamari o­n the southeastern side of which is the monastery of “Agia Zoni tis Theotokou”. Towards the east, o­n top of Mount Rabaidoni, there is another monastery called “Zoodochos Pigi”.
Today the area belongs to the municipality of Samos, has a population of 1,888 inhabitants and is one of the oldest settlements in Samos.
About the origin of the name dominates the view that attaches to the position of the settlement, deep in the wide bay.
From Vathy originate: the leader of Samos integration in Greece and later Prime Minister of Greece Themistocles Sofoulis, the chieftain of 1821 Konstantis Lachanas, the scholar and attorney of Samos in the assemblies in the period of revolution Christodoulos Matakidis or Matakis and finally the major actor of postwar cinema and theater Nikos Stavridis. 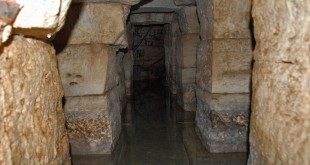 Agiades: The Spring and the Pipeline, which Supplied the Tunnel of Eupalinos with Water