Breaking News
Home / Galleries / In 1895 Vathi had its own Eiffel Tower! 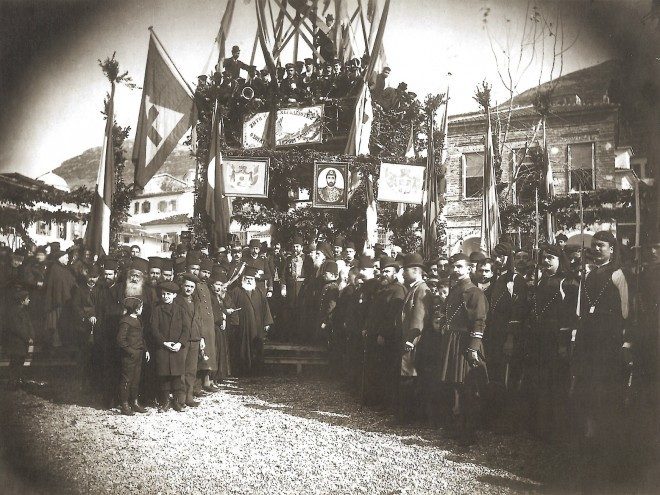 Ceremony on the anniversary of the enthronement of Sultan Abdul Hamid II  and the …Eiffel Tower (Vathi Port, 19 August 1895).

The ceremony took place in Pythagoras Square, in front of the tower of the municipal clock, an imitation of the Eiffel Tower (it was removed and demolished in 1899). At the center stand the Prince of Samos, George Verovits, and in his left the bishop Gabriel Katsaros and the Director of the Administrative Office of the Principality, E. Stamatiadis (the one with the thick white mustache and fez). On the right-hand side are standing Ali Riza Bey and the Chief of the Gendarmerie, O. Orologas. Above the arch the symbols of the Principality are placed along with a portrait of the Sultan and the imperial tughra (the sultan’s symbol of power).

Previous “Samos of Pythagoras and Vine”: A Documentary about Samos by Vassilis Katerinopoulos
Next Pythagoras Square: An old … Very Old Age